Since the Angry Gourmet took off with his "auburn haired beauty" to hang out with the Basques in Spain, three things have happened around this benighted violation of the web host's terms of use.  The first is that we don't get to stare at the lovely vision that was his auburn haired beauty, the second is that the level of food provided as we miss deadline after deadline now consists of Scott's Bean Surprise, and the third is that the rag reads like The Daily Show meets Brokeback Mountain.  In order to butch this place up a little bit, I've started introducing you, my fair reader, to the wide world of sports.  Gently at first with our Olympic coverage, and now with that greatest of American sporting pastimes: the mighty NFL. 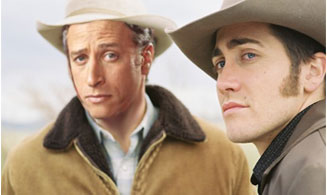 Well, I say mighty, but it seems that the NFL is now caught in a little bit of labor strife.    It's tough to have much sympathy for what is in effect a dispute between billionaires and millionaires, but when you run a highly successful fantasy league well you sometimes sit up and take notice when veteran players start getting cut.  For those of us on the lower end of the socioeconomic scale from your average run of the mill linebacker or basic Microsoft founder Paul Allen, the thought that our fantasy team will be weakened if nobody can pay Mike Anderson enough to square his shoulders and run downhill is enough to make fall look like a good time to, and I shudder as I type, connect with our families.

If you haven't been keeping up with events in sports, and why should you you skirt wearing pansy, then you may not be aware that, as of the time of this writing, the NFL is mired in a range of talks about just how to divvy up the dosh.  As you might expect, especially among millionaires, a discussion about money is getting very emotional.  It might be even a little corrupt, and by a little I mean carrying all the stench of your garden variety Haliburton bid submission, but I won't draw that conclusion.  As Suntori wisely reminds in his new book Now and Zen, "Question the strategy of irritating a man of 300 pounds who runs a quick 40."  Still one can't help but wonder what all the fuss is about. 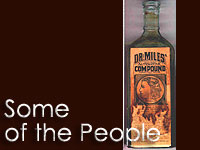 Still, it's easier than it would be if the traditional labor unions, like the United Auto Workers, Teamsters, Pilot's or the NEA were involved.  Alright, that's a joke, really how much effort is involved in rolling over to the demands of Capital™?  There's a lot that could be learned by the AFL-CIO in this labor issue.  The most important thing being, play football instead of building cars.  The other of course is stop trying to unionize Wal-Mart, the big money is in sports.  Of course I suppose they're a little gun shy given the way that Jimmy Hoffa got into professional football.  Still who wouldn't suffer a bullet in the head for a seat under the end zone?

Of course, there's the message that all of this sends to our kids, and really shouldn't we always be thinking about the children?  Like Disorganized Labor™, the message that they're getting is play football.  Of course they have to play it very very well.  The average salary for an NFL player is $90,000.  A kid has to get up into Jake Plummer talent to make six figures.  Although to be as good as Jake the Snake you just need to play well enough to get to playoff games where you can choke.  Not that I'm bitter about the five large the fucker cost me by not beating Pittsburgh.  Any kid with weedy aspirations to be a kicker, are you listening soccer moms, had better just stop showering and move to Europe.  The average salary for an NFL quality kicker is only 60 g's.  Hell I know some teachers who, thanks to the NEA, make that much and they don't face anything more dangerous than the possibility a parent will show up at conferences.  Of course that explains why the NFL is filled with kickers who have more consonants than vowels in their names:  60 g's buys you a small militia in some of the less reputable bits of Eastern Europe.

The Sports Media™ is all atwitter about the negotiations.  No columnist worth his jock will be caught dead not speculating that a lack of agreement is somehow the end of the NFL.  "How can they be contemplating this?" is the communal bellow when negotiations go poorly, to be replaced by universal hosannas and talk of "pulling back from The Abyss™ *" when things go well.  The thing is, nobody really needs an agreement right now.  We wouldn't even be talking about this, but for the fact that at the owners' winter meetings some teams wanted to reopen the current revenue sharing agreement.  The players got a whiff and decided to put a little pressure on the whole thing.  Not surprising really, what with the cost of fuel, food, and steroids these days.

So life continues onward.  All the little fantasy football geeks get to sit around biting their nails as they see top performers like Mike Anderson get cut from productive teams and sent off to places like Arizona.  As for myself, well I think it may be time to investigate the world of sports agency.  Who knows, maybe with a little extra sumthin' sumthin' I might be able to get my own auburn haired beauty.  There's always room under the salary cap for one of those.


*O.K., not the best James Cameron movie going, but at least minorities don't die by the carload, and it's not as sappy as Titanic.  In fact if I had to pull away from something I think that's what I'd pull away from.  Oh and Joan Rivers.