All Borders Are Vulnerable!

Recently the liberals have been at it again with all sorts of fear-mongering over the issue of illegal immigration, claiming so-called “human rights” should trump matters of national sovereignty and economic survival.  Well, as usual, the world’s not as nice and pretty as they’d like to believe, and choking off the tidal wave of illegal immigration into the United States is not only a matter of national security, but one of basic survival.  And although everyone’s so worried about the Mexican border, I say we need to be equally worried about the THREE OTHER borders we’d leave open to terrorists, criminals, and other maniacs to waltz into the states with little to no resistance.  I say we need to close down ALL the borders before we can really keep out the terrorists and call our nation safe. 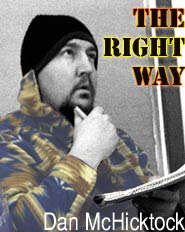 Before you dismiss the idea as too radical, think about it: we have a tide of illegals coming into this nation, among them God knows how many terrorists or potential collaborators, along borders so long that we cannot possibly patrol them effectively.  Even a comatose mega-liberal like Mike Moore can see that Oregon’s ocean border is basically unguarded (if you can stand to watch his despicably hateful Fahrenheit 9/11, that piece of otherwise cheap fear mongering lies), leaving hundreds of miles of unprotected coastline ripe for terrorist penetration.  When you look at ALL coasts -- the border with Canada, the one with Mexico, and the Eastern and Western seaboards -- you see that nothing short of a wall, say steel or reinforced concrete, 20 or 30 feet high, is going to have a shot at making America safer.


Of course, then we’ll still have the problem of the 11 or 12 million illegal immigrants already within the U.S., mostly from Mexico and other Latin countries, all of whom are needed to keep our economy prosperous by holding down expenses in certain key sectors, namely my lawn service and tons of agriculture jobs.  This is, obviously, a good thing and we need to make sure that we continue paying them the same low wages, perhaps even pressing them lower under the increased threat of deportation, what with the 30 foot concrete wall around the country.  So I agree with President Bush about the “guest worker” program, so long as it IN NO WAY leads to permanent citizenship and therefore higher wages.  There can be no “path to citizenship” so long as we like to have a plate of pasta at The Olive Garden for $12.95.


Now I know a lot of liberals and other lunatics are going to criticize what I’ve said here as being “racist,” which is the common card they play whenever someone dares to say that immigrants invading our homeland should be stopped.  Let me put the record quite clear: I am no racist.  I am simply looking out for the best interests of my country, my kinfolk, and my fellow Americans.  I am for enforcing existing immigration legislation vigorously, even violently, and I am for the establishment of a vastly expanded “guest worker program” which will continue to keep wages low for critical sectors of our economy, and therefore keep inflation at bay.  Liberals may call this “exploitation,” but what they hate to acknowledge is that it’s basic economics.
We are all immigrants from someplace or another.  Even Native Americans were themselves immigrants who used the great land bridge in Alaska ten thousand years ago or so, which I guess technically makes them Russkies.   Be that as it may, we are all from somewhere else, and there is nothing more American than that.  However, laws are there for a purpose and must be vigorously enforced, even if they’re unpopular, and doing so doesn’t make you a “racist” any more than enforcing laws against murder, robbery, or arson.  The race of the perpetrator in all cases is irrelevant: we’re talking about the rule of law.  In the case of immigration, it’s high time liberals acknowledge this and get real at addressing the real problem.
Tweet
Share