In all honesty I just wanted to figure out how many pounds my new poker chips were going to weigh.  I had just found a deal on 500 new casino poker chips, they were each 11.5g, and FedEx was charging me the cost of a small baby-boy to ship them to me.  My scotch soaked cranium just couldn’t pull the conversion calculator out of long term neural storage.  Very likely it got lonely years ago and committed suicide, possibly in a pact with the names of ancient Egyptian pharaohs and dead presidents.  Pretty sure they all had “tep” or “imho” or “Roosevelt” in there somewhere.

Since I couldn’t remember how to convert kilograms to pounds, I did what every other white, middle-class guy does with more bandwidth than ambition: I Googled it.  I surfed over to Google and typed in: “kg to lbs.”  To my relief, the fine folks at Google – in an act of prescience that I’ve come to love and count on – popped the answer right at the top, so even a blockhead like me couldn’t help but find it through a haze of quality Scottish alcohol. 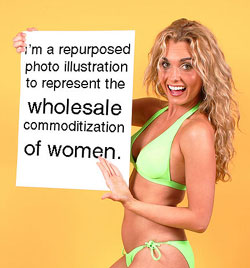 It turns out that that whole thing about mail-order Russian brides is true: smoking hot Russian babes really do want to marry troglodyte American guys, if this site is to be trusted.  And why wouldn’t you: the babes in the pictures are hot.  Hot automatically means trust, doesn’t it?

Take Heidi Klum for instance: I’ll bet my shockingly expensive new poker chips there’s not a single male or lesbian reading this that wouldn’t hand over his or her wallet if she asked for it, and even if she didn’t.  Not only would you trust her with your credit cards and personal identification, you wouldn’t really care if she was careless and tossed it in the Danube.  In fact, I’ll bet you’d dive in and hand it back to her just so she’d do it again.

But I digress.  Back to Russian brides.

Now, of course, I understand that although this totally looks like a way to part you from your lucre, and appears to feature women as commodified “racks of meat” to be ordered and paid for (or maybe meat with racks?), many women and men have done this and found what appears to be happiness, at least from the few pictures and testimonials posted as evidence.  Still, I just can’t get over the sleaziness factor.  I seriously don’t know how these women can subject themselves to this level of exploitation outside of a reality T.V. show.  Maybe it’s not as bad as it looks, but it sure looks pretty damn bad, like they’re basically a rent payment from a latex skirt, some crack and a dimly lit street corner.

Maybe this really is all there is to human mating rituals and that just depresses me: click around a website at some pretty pictures just this side of a Maxim magazine spread, find the one that appears to turn you on the most (you know, without actually speaking to her or seeing her in person), pay your money, get a date, and it’s off to the chapel ‘cause you’re gonna get married.  To say that really sucks the romance out of human relationships is an understatement: this is about as romantic as hand-washing your jock strap.

(Great, now I’ll get a flurry of jock-strap fetishists gang-spamming me.  Never thought of “gang-spamming” before, did you?  Now you know why you read this rag.)

Maybe I just fundamentally have a problem with dating websites in general.  I mean it’s not like we need more alienation in our Prozac-laden lives, is it?  I don’t care what that friendly old guy from eHarmony.com tells me, I don’t trust his computer algorithms to tell me who I should spend the rest of my life with.  I don’t want to be one email virus away from marrying Peggy Bundy because HAL 9000 told me so.

Still, I’m already married so I’m obviously not the target audience, at least not the desired non-cheating target audience.  I met my wife the old fashioned way of trial and error and all the weird baggage and strangeness and fun that comes with it.  We may not be perfectly compatible, whatever that’s supposed to mean, but frankly that seems awfully boring anyway and more than likely something based more on expectation than reality.

I mean, if you pay your money to someplace like eHarmony and they spit back a printout of your “most compatible mates,” doesn’t that mean you better like them or there’s something wrong with you?  Won’t that level of expectation eventually come back to bite you when you realize that – gasp! – people pad their resumés a little, even if it’s not on purpose, because who really has a good read on their own personalities anyway?  That’s like asking a fish to describe how he or she appears to someone looking through the fishtank: you can imagine how you must appear, but it’s gonna be pretty biased.  All you really see is a bunch of distorted faces staring at you when you swim in the little skeleton-rock and the treasure chest opens up with a bunch of bubbles.  For all you know, that’s a totally disgusting thing to do in their misshapen eyes while you didn’t think twice about it because there were good food flakes in there.   But of course I’m just over-extending an analogy.

All in all, I wish those guys and Russian hotties all the best on their match-made-in-email, as well as all those “satisfied customers” of fine eHookups sites, even though if I am ever tossed back onto the market I don’t think I’d partake.  I prefer good old fashioned, non-optimal human relationships.  Maybe it’s because I like a little conflict, maybe it’s my problem with authority figures in general, maybe it’s because I think the race did okay so far without internet sites telling us whom to mate with.  Whatever the reason, I’ll take human interaction over Robbie the Robot.