The World Doesn’t Need a Hero 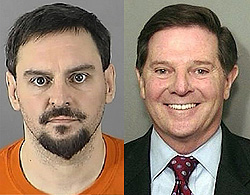 No would-be good deed goes unpunished, it would seem, as Van Iveren is being charged with three criminal counts for his would-be heroism.  Saving a woman from a violent rape, of course, is something we’d really like to encourage in our society, especially our people with access to weaponry, even if it is something stupid like a heirloom sword.  From his point of view, Van Iveren was earning his angel’s wings.  From his neighbor’s, of course, the guy was breaking-and-entering and interrupting what no doubt was turning out to be a high-point in his day.  At the risk of sounding ridiculous (no sense setting a precedent), let me put my chips in with the guy with the sword.  Feel the love, man.  I’m with ya.

At the very least, all things being equal, this guy should be let go and the charges dropped.  It’s been a fine media circus, but it’s time to put away the elephants and clean up all the caca.  Okay, it’s a bit odd – yet pretty consistent with crime statistics – that the guy waited 9 hours to show up to “rescue” the screaming adult film star in question.  It didn’t take Hamlet that long, and his old man was wasted.  But still, at least he did show up to do something eventually, even if, by any measurable standard, the deed was long over and the woman could have already been murdered.  Still, 5 points out of 10 for trying.  Nobody else in the apartment building was rushing in to save her, perhaps because they’d already seen the video.  Maybe it was being passed around.  Does Netflix do porn? 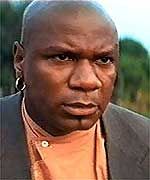 We need more guys like this one, not people saying “hell with it” because they fear incarceration if they’re wrong and someone’s just watching Spankavision.  Mistakes happen, that’s why pencils have erasers.  We don’t need a ticker-tape parade here, but don’t throw the book at guy doing what he thought was his civic duty.  Don’t ambitious D.A.’s have some real crimes to prosecute, other than attempted rescuing of raped women?  Sure the guy looks like something out of a “Ten Most Wanted” flyer, but let’s let the act speak for itself here rather than judge (correctly) that he looks pretty comfy in prison-tats and an orange jumpsuit.

Just imagine the headlines if the guy had been right, and a woman really was being raped up in that apartment, well 9 hours before anyway.  Chances are this guy would be heralded as a hero.  Also, equally likely, he’d still be in jail thanks to the same vigilant police department that helpfully sent Dahlmer’s victims back to him for slaughter, but that’s a different issue.  The point is the media, at least, would be holding him up as a model of civic responsibility: no doubt sword manufacturers would hire him as a spokesperson and I’m pretty sure he’d get guest spots on both Letterman and Leno, probably even Ellen.  Within a year he’d have a book deal and a fat Hollywood check for film rights, right after he got out of prison.  He’d be right up there with Dirty Harry on the vigilante hall of fame, beating out Charles Bronson because he looked meaner and crazier.

I’m afraid the reality is that the D.A. is probably going to toss him in prison for a maximum of 33 months, during which time he will learn to really hate doing the right thing while simultaneously being surrounding by people much more sociopathic than himself, which I’m sure will make his perspective really rosy.