What can I say about Tenet that hasn’t already been said?  How about stuff that already has?  First off, Tenet is a big-budget movie by Chris Nolan, famous for blowing stuff up with Batman in Chicago.  Second, as a movie, Tenet has a plot.  This plot involves time travel sort-of.  “Reverse entropy” I believe they called it in the movie.  It’s a technology of some kind that’s been given to us by “the future,” the upshot of which is that these future “inverted” bullets fire back into their guns, instead of being shot out of the gun in the traditional fashion. 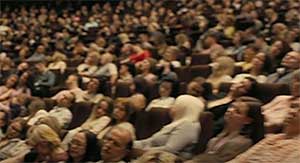 But I’m getting ahead of myself, or behind or walking backwards past my future self I can’t tell anymore.  See there’s this guy called “the protagonist,” imaginatively enough, who’s trying to save the world.  What from?  Well nothing as prosaic as a pandemic or nuclear armageddon or anything.  He’s trying to save the world from all this “inversing” stuff from the future.. I think.  This all boils down to delaying Ken Branagh’s character from killing himself until they can find something that will avoid bad things from happening.  And finding this thing requires a military operation similar to the Normandy invasion, but with some “inverted” troops too, who have AMAZINGLY figured out a way to use all this completely confusing “inversing” technology as a practical military tactic.  They call it an “inverted pincer” and despite having watched it in action, and listened to them talk about it as carefully as I could in the movie, I have no idea what it means.

So getting back to avoiding the destruction of the universe.  The future guys developed this totally confusing technology of making some things run backwards after they go through some sort of machinery.  This is all controlled (I guess?) by something called “the algorithm,” which is a stylized big metal rod busted into pieces.  So does this “algorithm” rod make the “inversion” technology work?  Don’t think so since people seem to have access to machinery that does the inverting with no parts of this algorithm in sight but I may have spaced out.

Anyway “the protagonist” (John David Washington) is a secret spy type guy trying to stop the destruction of the universe using a seriously over-complicated and confusing technology somehow controlled or helped in some way by Ken Branagh’s character, who’s a Russian oligarch because he’d have to be right, and who’s girlfriend (Elizabeth Debicki) ends up playing a key role in trying to stop him, but then screws up the timing, but it ends up being okay anyway for some reason.

I have no idea what Tenet is really about.  And I swear I watched the entire two and a half hours and tried to pay attention.  I got the gist of it as the plot unfolded, but after a while I just sat back and watched the character interplay, special effects, and choreographed action sequences which were impressive.  Not understanding the movie didn’t really keep me from enjoying those bits anyway, I just really didn’t know what the hell was going on in most scenes and have a lot of questions. 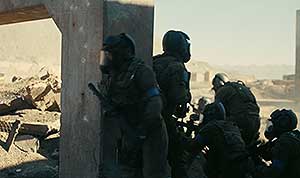 Like what the hell is that “algorithm” thing anyway and why is it a metal rod?  Why was Ken Branagh’s character’s suicide the end of the universe?  With all the bullets flying around, “inverted” and regular flavor, how on earth did only one of the main characters end up dying in the past?  Or was it their future?  I don’t even know what to call it, hell I give up.

In any case, Tenet is one of those movies that people are too self-conscious to admit that they didn’t get.  It seems to me that some folks have to celebrate its awesomely over-complicated story lines and confusing techno-babble in order to keep up the idea that they’re highly intelligent movie afficionados, whereas people like me are just stupid.  Well maybe I am but watching “Confuse a Cat” for 150 minutes didn’t make me any smarter.

I’m almost convinced that Nolan did this on purpose.  After Inception, he wanted to see just how far he could go: how convoluted and incomprehensible he could make a plot and still have people herald its genius.  If so, well Chris, my hat's off to you.  This is your Finnegan’s Wake.