What Do You Mean by Great?

When you hear someone who supports Trump say that, what do they mean by great?

Great in what way?

If he makes America great, then it couldn’t be great before he took office. To become great, you have to be not great before you became great. You can’t already be great and then make something great.

You have to go from being un-great, to great.

What was different (not great) when Obama was in office that’s great now? If you say Obama was black and Trump white and that’s why we became great when Trump took office you’re a racist. But we know even if you feel that way you won’t admit it.

You don’t want to come off like a racist.

Back to great. What’s great?

The economy? There are people who associate greatness with the size of their wallet. I try not to be that way—to reduce down a quality of character simply to how much money you have or can borrow.

In the Bible Jesus overturned the tables of the money changers, so it’s pretty obvious Jesus did not appreciate a money-grubber.

Some people think the sole worth of a person is things, personal possessions; if he has an expensive car, a boat, a big house (all usually for many of us brought on credit), and sits on a golden toilet seat like Trump.

Maybe you tell yourself with Trump in office you too can have a golden toilet seat.

This perhaps is the sole reason for thinking Trump made America great. 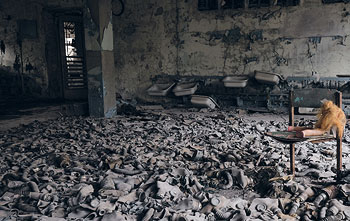 Let’s assume there was no COVID-19 pandemic. You can’t claim you made things great with people getting sick all over the place. But let’s assume that never happened; let’s assume the economy was doing just okay as it was before the pandemic, not great, just okay.

Let’s assume you think Trump in his time in office had made the economy great, even though the economy was on the upswing during Obama after he inherited when Bush left office the worst recession since the Great Depression of 1932.

And even though the middle class has been scrimped down it takes two people in many cases working two jobs today to earn what one person did in 1958 to live well.

For one person to claim responsibility for an economy that has hundreds even thousands of determining factors, interest rates, the Fed, the behavior or misbehavior of banks, the Stock Market which is highly sensitive depending on world events and results in investor confidence or lack of it.

The economy goes in cycles. What the economy is today goes back farther than Trump’s taking office.

For Trump to claim credit for an economy in which more money than ever is in the hands of a few mega-wealthy and the country owes billions more (deficit) than ever in the red----to call it greatness---this is a kind of mass fallacy/lunacy.

Let’s be honest. Let’s assume all you care about is yourself. You don’t care about anyone or anything else other than yourself, not climate change, not the suffering of less fortunate people---nothing.

You’re going to try and tell me before Trump took office your sole focus on yourself was not great----but now it’s great?

I mean, just in your own case----because if this is the type of person you are, you are the only one you think about.

Did Trump make it great for you where it was lousy before? How did he do it? How are you radically different than three years ago?

You have to wear a mask.

Trump’s claim to greatness is as if I said I alone am responsible for the sun rising yesterday.

That would make me greater than Trump. I made the sun come up and he didn’t.

It makes as much sense.

What do you mean by great? Great how?

Militarily? I don’t equate greatness with merely having a big and powerful army and lots of weapons. Is naked military power greatness to you? We had the same doomsday weapons during Obama that we have under Trump, so Trump could not have made America great in that way.

Is it because as citizens we can have guns?

Again, during Obama you could have a gun just like now. I’m not against the Constitution guaranteeing the right to possess firearms, but is our dysfunctional obsession with guns in a manner that no other country exhibits anywhere except here-----is that greatness----or a national disgrace?

One thing about promising to make a country great, you should spell out what it is you mean by great, but if you do spell it out, you run the risk people will disagree-------with your concept of greatness.

I could get a hat and print an idiotic slogan on it that doesn’t present any specifics about what I mean or any facts to back up the specifics.

In addition to “Great.”

I think it’s great we’re great again, but I don’t know how we are. No one including Trump has ever said how we are.

John Sammon is a freelance writer, whose upcoming CD of a capella Gregorian chants sung over a unique spin of EDM trap/hip-hop is currently for sale wherever such things are sold.