Okay Don, as your unofficial, unauthorized, advisor, I have been thinking of ways we can smear Kamala Harris, to get at Joe Biden. Remember, Biden is too centrist a politician to attack his loyalty, but Kamala……..

I don’t think we should try another birther scam like the one we pulled on Obama, that’s been done, and if we do that again, we will be accused of not being bright enough to come up with something new and fresh.

It is true that Harris’ mother comes from India, and if she were a man we could try a smear insult epithet on her like calling her “Gunga Din,” you know, that water boy in the 1890 poem by Rudyard Kipling extolling the virtues of British imperialism, the guy who gave his life so that the English could enslave his country.

Nobody remembers who Gunga Din was anyway.

We can’t call Kamala Harris “Sabu the Elephant Boy,” because again, she’s a woman, Sabu, the kid who rode the elephant in old 1930’s Hollywood movies in his underwear on a back lot near what is today Universal City.

Hey Don, remember when you called Elizabeth Warren “Pocahontas,” because she expressed pride in some Native American Indian heritage? That insult got some laughs from our right-wing followers who enjoy sixth-grade-schoolyard-bully-type insults. 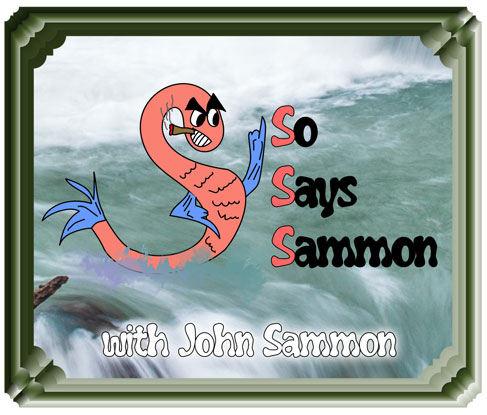 I guess we could call Harris, “Indira Gandhi,” no, I don’t think that will work alone. Instead of trying to smear that Harris wasn’t born in Oakland but in India, one of those excrement-hole (the S-word) countries you refer to, we could go after Harris because of her parents.

We could claim that Harris’ mother should have known her place and do like other East Indians in this country, adopt the name of Patel and run a hotel, or become a doctor. Oh wait a minute; her mother did become a doctor, a breast cancer researcher.

We can’t use that, it might antagonize cancer patients. They’ll see the logic; we don’t mind Indians in this country if they help us from being sick.

That’s like a right-winger who screams about big government control on his way to the bank with his Social Security check (oh I’m getting off subject).

We could say, “I wouldn’t vote for a woman whose mother had a colored dot between her eyes.” No, that’s just a cosmetic trait among Indian women, not traitorous enough.

No, I don’t know how much traction we could get off a hairstyle.

Come to think of it, Harris’ father Donald (same name as you Don) was a Stanford professor, and they’re always liberals. He emigrated from Jamaica, one of those excrement-hole (S-word) countries you mentioned.

Both her parents are immigrants.

We could play that up, they’re not loyal like third generation Americans like me and you are. They came here to take advantage, just like your great-grandfather and mine did.

That might be a start but we need something else, something simpler to match our mindset.

Don’t mention the C word COVID-19 coronavirus. Don’t even breathe it. That will just provoke them (Joe and Kamala) into saying how we’re the only country in the world whose virus is out of control because of stupidity and inaction.

We don’t want you identified with that Don.

Remember when Hillary Clinton energized the extreme-right by calling them “deplorables?” I don’t think Harris will feed us a buzz word so we can feel picked on and abused by the liberal left.

We need a slogan.

Nixon had the campaign slogan, “Nixon’s the One.”

He never explained, “One what?”

How about the slogan, “In Her (Harris’) Heart, You Know she’s Hindu.”

One thing for certain, we don’t want to go after her on real issues like the economy, coronavirus, global warming, because they (Joe and Kamala) can argue back and show things like statistics, and that’s hard for us.

We need something symbolic, something simple that like a lightning rod our people can understand; fixate, obsess over.

How about we stoke fear, fear is always good. How about, she led a crime wave in San Francisco as DA? I know, we could say, “Kamala never saw a criminal she didn’t like.”

Just give me time Don. I’ll come up with something. We’ve got to.

His unfortunately titled "Honk If You're Happy!" calendar featuring clown-themed boudouir photography is due out soon.