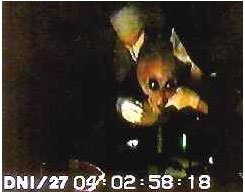 It's been a long time since anything got tossed into Conspiracy Corner.  This wasn't for lack of conspiracies, but my lack of motivation in writing about them.  Actual, no-tinfoil-on-the-noggin conspiracies are commonplace whenever people group up and decide to do almost anything worth doing.   For a long time, I, like most people I think, was under the impression that this alone meant nefarious things were afoot.  As I've grown older, I've come to realize they're probably doing things in secret because they didn't want a bunch of screaming idiots bothering them and mucking things up.  The more important the things they're working on, the more need to keep things from morons, basically.  Great things rarely get done by large groups of people.

So probably for those reasons, I was a late-comer to "The Alien Interview," a poor quality tape allegedly smuggled out of a tippy-top secret facility called "S4" by a guy who calls himself "Victor."  Thanks to YouTube, most of it is available whenever and wherever you'd want to see it, which was exactly how I came to watch it on my iPod one lazy Sunday morning while I lay in bed.

Most of the "documentary" is filler put in by the producers, narrated by a guy from "The X-Files" no less, all leading up to the bit of "smuggled footage" that purports to show a big-headed alien head sitting in a dark room while some blinking thing, well blinks.

Nothing really happens and after a few minutes the alien dude starts to choke and spasm.  A couple of guys dressed like doctors eventually come in and examine the "alien," and the tape stops. 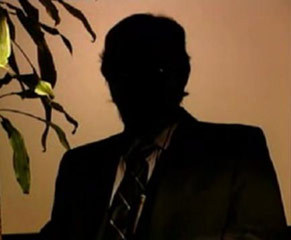 A second viewing is narrated by "Victor," the guy who provided the tape to the film company.  He explains that the alien is being interviewed at "S4" by "a telepath" under the observation of unseen shadowy figures.  He gets a little choked up himself at how the alien is treated, I think, and then goes on a rant.

Some 10 years later, the video has been discussed all over the net by various folks each giving their two virtual cents over its "authenticity" as well as how it clearly relates to just about everything else conspiritorial.  My own take is a bit different: if it is real, and this "interview" actually took place with a real advanced lifeform, one has to wonder at the alien's level of technology.  I mean, how much more advanced can they be if we can just scoop them up off their crashed flying saucer and whisk them away to some base somewhere to ask them stupid questions?  And why are their ships crashing so much anyway?  Does their warp drive overheat or something?

While we're on the subject (or no where near it actually) why are they probing us in the first place?  Surely an extraterrestrial lifeform so much more advanced than us has better things to do than tool around this mudball looking for hicks to examine rectally.  But I digress. 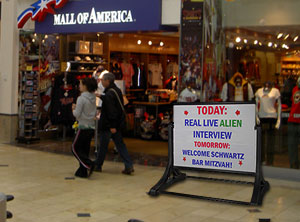 So, if this "alien interview" is to be trusted, then the United States government is keeping this all tippy-top secret... well except for one tiny little problem.  I just watched it on YouTube, morons.  Surely this has to be the worst kept top secret thing in history.  They really may as well just do these interviews at the Mall of America for all the good their "cover-up" is doing.

And this mammoth amount of incompetence is, ironically, the most convincing argument for a United States Government operation.

These days almost any type of video can be faked, so we shouldn't trust any footage just because it exists.  The important footnote here is that if there really is, by the sheer vastness of space and the laws of probability, extraterrestrial life, they probably are much more advanced than we are technologically and biologically, and that alone tends to add a certain layer of credibility to those seeking evidence of their visits to the earth.  After all, no one can ever say, conclusively, that actual aliens have never ever visited earth.  The question, it seems to me, is that if they are doing it now, and this one in the alien interview is real, after all these years, dozens of movies, television shows, DVDs, tapes and a zillion man-years of internet buzz, why on earth are they bothering to keep up the pretense of secrecy at all?