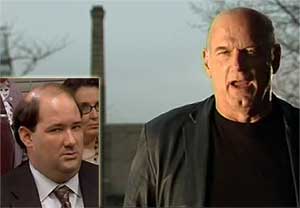 President Barack Obama is a mind-controlled, time-traveling and shape-shifting reptilian under control of the C.I.A. in association with D.A.R.P.A.  He's engaged in a conspiracy to depopulate Louisiana, along with the rest of the world until the total population of the earth is 500,000,000, give or take.  Obama was told he was going to President of the United States when he was 7 to 11 years old -- by other time-traveling kids -- and was then groomed to take the reins of power, along with George H.W. Bush, his son George W., and Bill Clinton.  (I guess the time-travelers didn't get to 2016 and 2020 A.D. yet.)

This was all witnessed by a fellow time-traveling kid turned whistle blower, who has proof in the form of a single blurry picture from Gettysburg, taken when President Lincoln was giving his famous speech, featuring himself standing front-and-center, although the face is completely obscured and there are no supporting details. 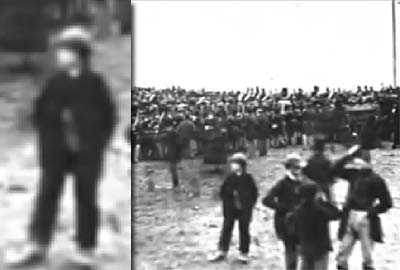 But wait, there's more!  A Nikola Tesla-like death ray -- secretly advanced during Reagan's infamous "Star Wars" program in the 80s -- is really responsible for dropping the twin towers on September 11, 2001.  The reason was, umm, to get us into war with Afghanistan and Iraq?  Not sure about that but that's probably pretty close.  The two planes full of jet fuel hijacked by 19 religious fanatics were just a distraction.

In any case, in this season Ventura and his tinfoil-hat brigade uncover conspiracy after conspiracy involving the usual suspects -- alphabet soup mixes like C.I.A., N.S.A., D.A.R.P.A. and so forth, as well as every President, connected C.E.O. and über-wealthy -- all engaged in nefarious schemes to consolidate their economic and political stranglehold over the remaining global population. 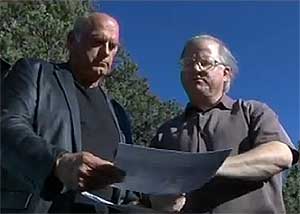 Everything makes sense if only you ask the right questions, neither the government, the wealthy nor the powerful ever screw up or waste money in dead end research (especially if the potential technology is powerful and sexy), and there's no such thing as a major accident or mass murder for anything as simple as religious fanaticism.  It's all connected.  Everything's under control, and the little guy always gets it in the end, without the benefit of Vaseline.

Ventura's tinfoil hatters have even uncovered an elite greater than the infamous Bilderberger über-elite: an über-über elite consisting of seven people who direct world affairs without regard or allegiance to any particularly nationality, ideology or belief system.  They're in it only to perpetuate their own interests, and have a veritable arsenal of ultra-secret high-tech goodies to carry out their schemes, that include every major event, calamity or "natural disaster" that has happened over the past 60 years, give or take.

These guys play for keeps.  And with just two more members, they'd have the world's most powerful baseball team.