Leadership in the Void

A buddy of mine recently sent me a link to a Fox News video clip.  This wasn’t anything out of the ordinary: he and I routinely engage in political email debates over many public policy matters, such as the energy crisis, the wars, global warming, etc.  Regardless of the topic, these emails follow a predictable format: “Hey, Scott,” he’ll write, “look what you silly liberals are doing all wrong now, you nutbags!”  “Oh yeah,” I'll write back, “well look at what you wingnuts have to offer, let me just grab my brown shirt and start burning books!”  And so they go.  Sometimes he drags his mother into it when he’s really desperate.

This time, however, honestly because I really needed to write something for IRREVERENT, I decided to take time to revise and extend my remarks for the greater public, beyond those guys in the N.S.A. who steal my emails.

The link was to a video that showed California Democrat Maxine Waters, who represents California’s 35th Congressional district, threatening the big oil executives testifying before her.  Waters, who’s been in the House since 1991, wasn’t threatening the well grazed chief executives with bodily violence. She knew better than that.  Waters would be lucky to hold up these guys’ dinner plates, let alone cause any major damage to their behemoth frames.  Instead she was threatening to nationalize the oil industry itself in the United States, apparently (there was no context for the clip) in response to her perceived unwillingness of the industry to offer the American public (in California’s 35th district that is) gas-price relief. 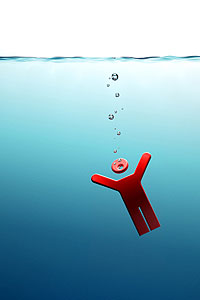 There are clearly a number of things here with which one could take issue.  Is nationalizing the oil industry really what we’d want to do as a nation?  Is it really the oil company’s fault that gas prices are jumping so high?  Have any of these guys heard of Atkins?

So, in the email war, I wrote that we should probably not socialize the oil industry in America, although not for the “reason” stated by the Fox muppet in the clip (i.e., “Hugo Chavez”…   that’s wingnut for “way bad”).  We probably shouldn’t bother because I can’t believe it would really solve anything.  Call me a cynic, but given the amount of political power amassed by these gargantuan men, the process would most likely devolve into lip service paid to a few letterhead changes while the underlying energy crisis remained alive and well and consuming an ever greater quantity of our dwindling personal incomes.

Ok, so Maxine’s idea was loony, but these enormous captains of industry weren’t making much sense either.  Their basic talking points were these: 1) don’t blame us for gas prices, blame increasing worldwide demand, and 2) let us drill wherever we want, and we’ll be able to meet America’s appetite for oil.  Like all talking points, it helped the ginormous guys stay on message by reducing reality to a few key themes while simultaneously deflecting any actual debate on the issues to debate over their talking points.  In other words, by framing the issue thusly, they were able to talk for long periods of time without really addressing the actual topic at hand, namely how in the hell we’re going to prosper by remaining dependent upon a dwindling supply of a non-renewable resource.  Either that wouldn’t fit on 2x2 notecards, or the executives didn’t really want to talk about that in uncomfortable clothing before a national audience.

[inset pos=right]We’ll be the ones sitting in long, Soviet-era lines at the gas pump waiting for our gallon or two of petrol.  Not John McCain, Hillary Clinton, or Barack Obama.[/inset]In my humble opinion, that’s really what we need to be talking about.  Nationalizing a dying industry doesn’t make much sense, but it does make for a nice re-election pamphlet.  See politicos too, for the most part, are happy to go along with the debate framed by Big Oil™, mostly because it gives them nice re-election pamphlets without really having to do anything.

In short, the net result is no change.  Status quo.  Even-steven.  Zippety do-da.  The public “grilling” of these whales becomes just the latest public spectacle whose purpose is to act as a vent for public frustration while providing cover for both industry and politicians alike to continue business as usual.

I think we could do better.  We damn well better do something.  By and large, these two groups aren’t going to be the ones to suffer by their inaction, short-sightedness, or complete lack of leadership: it’s gonna be us.  We’ll be the ones sitting in long, Soviet-era lines at the gas pump waiting for our gallon or two of petrol.  Not John McCain, Hillary Clinton, or Barack Obama.  They’ll be doing just fine.  And that’s why it’s so amazing to me that crowds haven’t gathered on the square in Washington to throw batteries at every member of Congress until they wake the fuck up and start taking care of one of the most pressing public policy crises in our nation’s history.

In other words, do what they’re paid to do.

One of the main points I made in my email was this: however zany it is to consider nationalizing the oil industry, there is clearly a role for the gub'ment to play in the current energy crisis.  The effects are rippling through the economy, and to simply take the oily execs at their word and write off the cause as "increased demand," without further evidence or debate, is both naive and irresponsible public policy.  That being said, I have no problem seriously studying what it would take to build another 400 or so nuclear power plants in this country -- using modern technology and upgrading the other 100 or so past 1960s tech -- and raising a large, collective middle finger to foreign oil interests once and for all.  Rationally, to have one's destiny rest largely in the hands of foreign powers -- as any Iraqi can attest -- is worthy of rebellion. The Congress here can clearly play a central leadership role, rather than fumble around for some small political capital at the expense of a slowly bankrupting public.

I'd rather see a $600 billion investment into THAT than in building lunch halls in Baghdad for Halliburton.  (That’s lefty for “way bad,” if you’re keeping track.)

That our elected "leaders" cannot show real leadership in the face of a crisis is the real central problem facing our nation; the fact that we're not throwing batteries at them as they smugly waltz into the Capitol with their phalanx of lobbyists, is our failure of action.  Soundbites regurgitated like a mama bird feeding her young is NOT what we need these days.  Let the talking heads scream into the echo chamber all they wish, we need actual leadership.