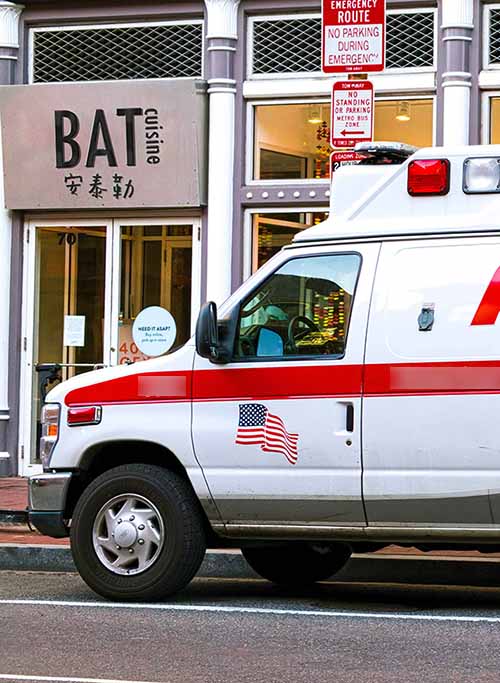 CHICAGO – Local restaurateur Harvey Lin is on a mission to revitalize and elevate “bat and other wildlife” dishes which have “gotten a terrible rap” in recent years.  “It’s been a hard sell to get patrons to branch out from local staples,” Lin said.  “Particularly in light of COVID-19.  It’s given bats, pangolins and other exotic wildlife a terrible reputation.  I want to show that these meats are just as delicious as ever, even more so.”

Lin’s restaurant “Bat-cuisine,” on the corner of Michigan and W. Wacker Drive downtown, recently re-opened after numerous lawsuits (it was once called “Batfood” and was sued by Warner Brothers), health-code violation shutdowns, and citizen protests with a “mission” to bring “exotic cuisine… out of the Asian wet-market and… into Chicagoland homes.”

“There are few pleasures in life better than a medium-rare bat smothered with a bear paw and pangolin scale sauce,” the recently retooled menu reads, underneath a picture of the dish titled ‘Monthly Special.’

However, despite numerous coupon promotions and a blitz of television commercials, it’s still a struggle to get patrons in the door.  “At this point, I’m not sure what else I can do,” said Lin.

For some, however, the restaurant is a rare “taste of home,” particularly for recent immigrants, whose continued loyalty has allowed Lin to “keep the lights on” over the last two tumultuous years.  “There is nothing like it in the whole of Chicago,” said regular Mary Li as she ate the “Monthly Special” with a glass of warm tea.  “Delicious,” she added, holding up a piece of dripping bear claw and rare bat flesh.

When asked about the potential health effects of his cuisine, Lin was unwavering.  “We get this a lot and it’s simply a non-issue,” said Lin.  “Have we gotten sick, yes, everyone gets sick once in a while, but there’s no reason to blame the food.  The fact is that this is a common practice for millions of people who love it, and there’s very much to love.  We simply want to bring this love here, to our new home, and share it with as many people as we can.”

At this point our interview was brought to an abrupt halt as public health officials burst into the restaurant and ordered an immediate shut-down.  Outside, Harvey Lin pointed to the yellow tape now surrounding his establishment and noted this was “just more harassment” of the type he’s endured for years, while EMTs rushed past with patron Mary Li, who gave us both a hearty “thumbs-up” before being loaded into a nearby ambulance.

As a postscript, it should be noted that Mary Li is currently recovering from an “as of yet unidentified zoonotic disease,” and is expected to make a full recovery.  Owner Harvey Lin, meanwhile, has started a third on-line campaign to raise enough money to pay the recent fines and legal costs, and ultimately reopen ‘Bat-cusine’ again.  He is currently at 23% of his goal.

IRREVERENT Restaurant Critic-at-large Norm Standard is the author of several award-nominated cookbooks, including “The Stuff Nobody Should Eat” (2017) and “Bitchy Chefs, Good Food” (2019).  He currently hosts the “Food-o-rama” podcast with James Beard-nominated co-host Chef Frieda Muss.