So you’ve been self-quarantined, huh?  You knew that guy’s hand you shook at the developer’s conference looked a little shady, but you did it anyway just to avoid being a paranoid jerk.  In exchange, your boss orders you home when you get the sniffles and test positive for COVID-19.

Are you feeling ok?  More or less.  It’s like the flu, but nobody’s taking any chances here.  So now you find yourself with some time on your hands, and, since you can’t go anywhere, your options narrow to board games, cards, fooling around on your phone, and watching all those streaming services you ended up subscribing to but never get around to watching.  So long as your bandwidth holds out, you know you can do this.

Now’s your chance!  Never fear, IRREVERENT’s here to help.  And before you ask, yeah we’re quarantined too.   Some bozo at the Satirical News Writers Association mixer never heard of hand sanitizer apparently.  Luckily for us all, Drizly delivers booze right to our freshly-Lysol’ed door!  God bless us everyone!

Some Stuff To Watch: 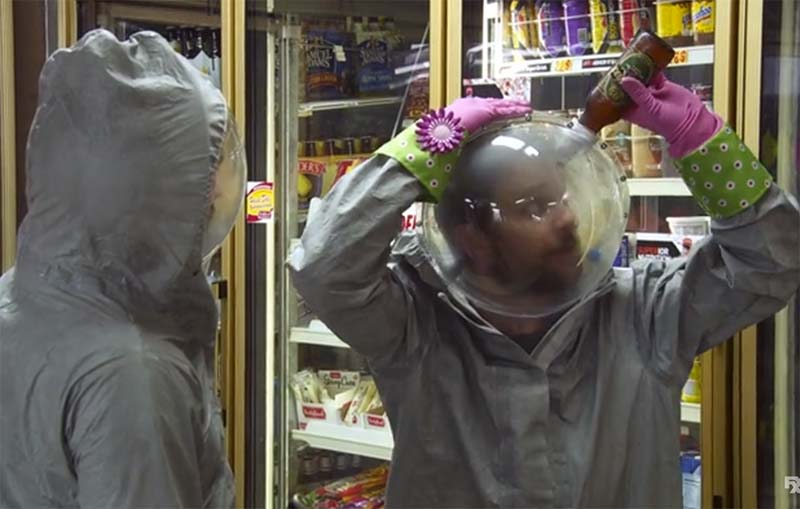 If you’ve never watched “Sunny,” then you’re in for a treat with this one.  There’s a bad flu going around Philly, so the gang wisely decides to self-quarantine in their bar, Patty’s Pub.  Frank, of course, takes things too far while the rest of the gang slips into life-threatening illness, only to realize that the cure was (literally) right in front of them the whole time.

Prepper John Goodman has the only shelter around in this post-apocalypse thriller, co-starring Mary Elizabeth Winstead (who we fondly remember from the “Fargo” TV series) and John Gallagher Jr.

It’s the near future, and something really bad has happened but we’re not really sure what.   Michelle (Winstead) ends up in a terrible crash, and wakes up in some sort of makeshift jail overseen by Howard (Goodman) , a Good Samaritan who “saved her” just before the crap hit the fan.  Along for the ride too is Emmett (Gallagher), a goofy 20-something who seems to be adapting to the zombie-alien-virus apocalypse better than anyone.

Nevertheless, suspicion abounds among the three trapped Caucasians until, as you might expect, things happen.

“Dexter” fans will immediately spot Jennifer Carpenter here in a starring role as Angela Vidal, who is assigned to following around some firefighters on the night shift… on March 11, 2008.

Date’s a little spooky isn’t it?

Stuff happens and an apartment building gets quarantined by the CDC, when its residents begin acting like rabid zombies.

A must-see for fans of found-footage horror, “Quarantine” is perhaps the perfect quarantine movie to pass the time and get your mind off of things.  Ok maybe not, but it’s a fun movie anyway.

You really can’t go wrong with a cast that includes a one-eyed, rough-cut, bad-ass Kurt Russell, a grizzled Lee Van Cleef, Donald Pleasence, and Harry Dean Stanton.  Direct it by John Carpenter and you’ve got the makings for some seriously fun sci-fi action.

Its 1997, the future for 1981, and crime has become so rampant that the government decides to quarantine all of New York City and throw all the criminals inside, to fend for themselves.  If you’d prefer, however, suicide stations line the halls of the processing center, so you can pull a Bender and check-out before being tossed into the even crummier parts of New York than existed in 1981.

Stuff happens and the President of the United States (Pleasence) ends up crashing inside the prison, only to be scooped up by the criminals inside.

Our anti-hero Snake Pliskin (Russell) is sent in to bring him back.  Wackiness ensues! 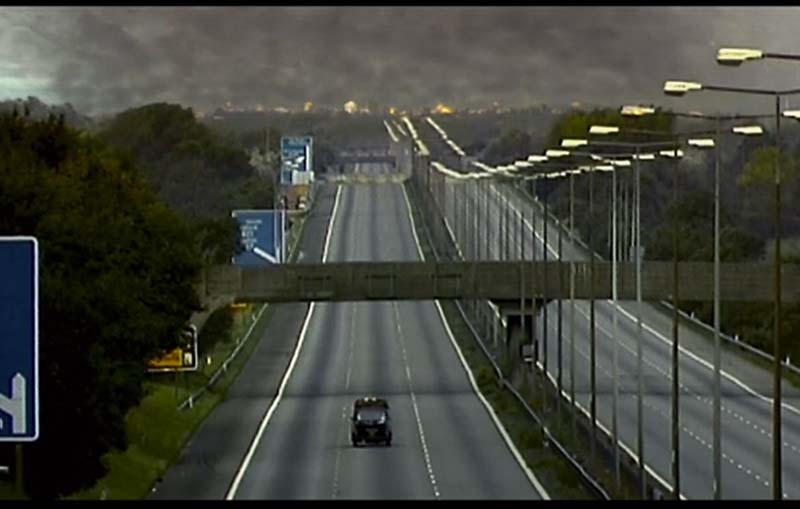 Either “Orange is the New Black” or “Prison Break”