Sex Robots and the So Fat Woman

Last night I was surfing around Twitter when I came across an article about sex robots.  This isn’t something I see every day so I clicked.

As I scrolled down I saw an ad almost immediately for another article titled “Woman wants to be so fat she can’t move,” with an open invitation to click.  At this point I paused.

As far as the website knows, I’m a guy (not a risky bet here) who’s already declared an interest in future sex robots, and in particular how good they might be in bed, and the best related content you can figure to fetch me concerns a fat woman who desires to be SO MUCH FATTER that she’ll be unable to move.  Apparently moving, in general, is something she really hates and the best way she can think of to avoid this activity is to become immensely fat.  You know, instead of just deciding to not move.

What on earth is the possible connection between morbidly immobile obesity and sex robots from the future? 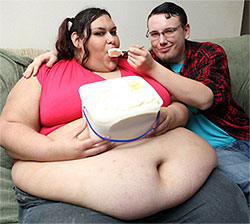 In case you’re curious, this is the fat woman.  Her name is Monica Riley.  She’s a model who wants to be the fattest woman in the entire world (half-a-ton) and her boyfriend (in the picture) spends his day feeding her through a tube in their home in Fort Worth, Texas.   I guess this pays well.

And he (his name is Sid) is sexually turned on by the fact that one day she will be so ginormous she will be completely immobile and he’ll have to wait on her hand and foot.  They both are excited, actually.  Apparently this would be a big deal.

Also, like I said, she’s a model, but a different type of model because most models look like this. 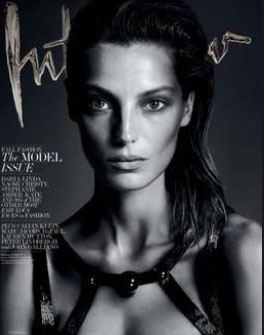 In any case, after reading I’m even more confused over why this weird U.K. ad server decided to link these specific two articles for me, declared sex robot fancier, so let’s get back to the sex robots before I completely lose interest.

A search on “Metro’s” website for “sex robots” reveals 10 pages worth of stuff, so this is something Metro is clearly interested in.  And to think until this random clickbait yesterday on Twitter, I thought a  Fleshlight was about as good as it was going to get.

But o no.  Apparently, by 2050 “sex with robots will be common – and some people may actually fall in love with androids.”  I guess this is what Joel Snell from Kirkwood College in Iowa has studied, so who am I to argue, but this really doesn’t make a lot of sense to me.

My phone can’t even stay on 12 hours without needing a recharge and I have to reboot it just about every day to get everything running smoothly.  Meanwhile my top-end computer crashed just the other day due to a bad display driver (accessing an “illegal memory area”) that nobody on the internet can explain to me, and during a stiff breeze our local power company can’t keep the lights on in the Milwaukee metro area.  Yet someone is seriously going to build a machine that not ONLY will be so fantastic in bed I’m going to PREFER this over human relationships BUT I’m also going to “fall in love” with it, perhaps even to the point of matrimony?

Seems an unlikely technological leap to me.  Oh and Metro, you need to fire your content metatag guy.