Mr. Builder, an accomplished chief executive of one of the world's foremost frozen foods conglomerates and one of Forbes magazines top 50 richest people in the world, has no formal engineering or construction experience.  However he is one of President Trump's closest friends and lifetime Mar-a-Lago golf club member.

Speaking to the press from Manila, the President praised Builder's ingenuity and drive.  "Bob is one of the nicest, most down to earth guys you'll ever meet, believe me.  He's amazing, really amazing.  Next to me, he's the only guy who could get this done, rebuilding Puerto Rico, seriously I mean that, and I know building believe me.  I've built an amazing amount of buildings, many, many golf courses, homes, and you name it, I've built it. And I'm going to build a wall too, you just wait and see, I'm going to have an announcement very, very soon about that too, so keep watching, you'll be amazed when you see the plans, trust me.  Besides: Bob the Builder?  How perfect is that?"

Off the record, one senior White House official was less enthusiastic about Mr. Builder's resumé.  "The 'Bob the Builder' thing?  Yeah that's why [the president] picked him.  I'm not kidding." 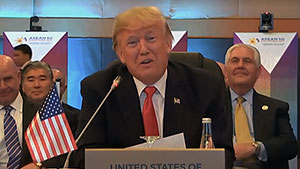 WASHINGTON - A new poll today by a group who has enough money to finance a poll announced that over 92% of "most Americans" who have "no healthcare coverage or minimal coverage" have "actively" lobbied their congressmen and senators demanding "greater... tax cuts." 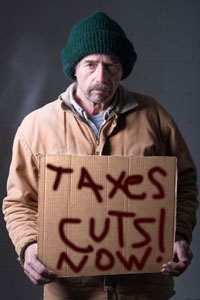 Linda Jung of Morristown, Virginia, for example, makes less than $19,800 a year with a "high-deductible" healthcare plan from her employer that provides only minimal coverage once a $9,000 annual deductible is satisfied.   When contacted by IRREVERENT, Mrs. Jung for some reason failed to mention tax cuts, but did express "daily terror" of being able to purchase food if just one of her three children would get sick.  Clearly a statistical aberration, IRREVERENT contacted 92 more local residents within the same situation, none of whom, confusingly, mentioned "tax cuts, breaks or tax reform."

"That's highly unusual," said Bill "Whitey" Wittington, chief economist at the conservative "Me Too" Washington think-tank. "I've seen that poll by those guys, or group or something, whoever did that poll thing, and the data was highly convincing to me.  I'm convinced therefore that you are merely 'fake news'ing this highly reputable poll by whoever those guys are, that clearly shows everyone and their uncle are demanding tax cuts as their number one concern."